By the description ‘historically informed’ the practice of Early Music suggests that being informed is what it is all about. But information is just a step in a complex process towards knowing. Knowing what and knowing how to...
The first kind is handed down in an explicit way, mostly written in treatises or codified by different generations of music notation. But the second kind is lost and died with its owners.
The imaginative interpretation of those treatises or iconographical details is the closest we can approach the lost practical knowledge. The only tangible ‘probe sticks’ to touch and explore the distant past are the historical instruments, which help reconstructing the playing techniques and so the music itself. 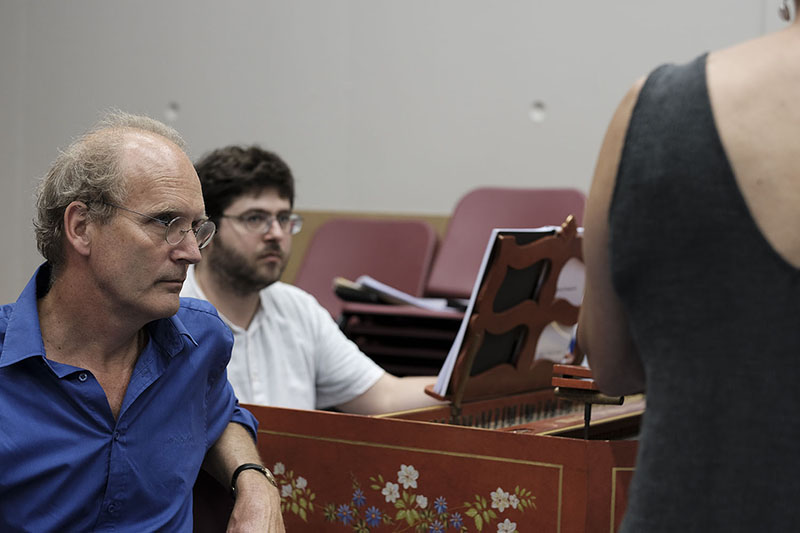 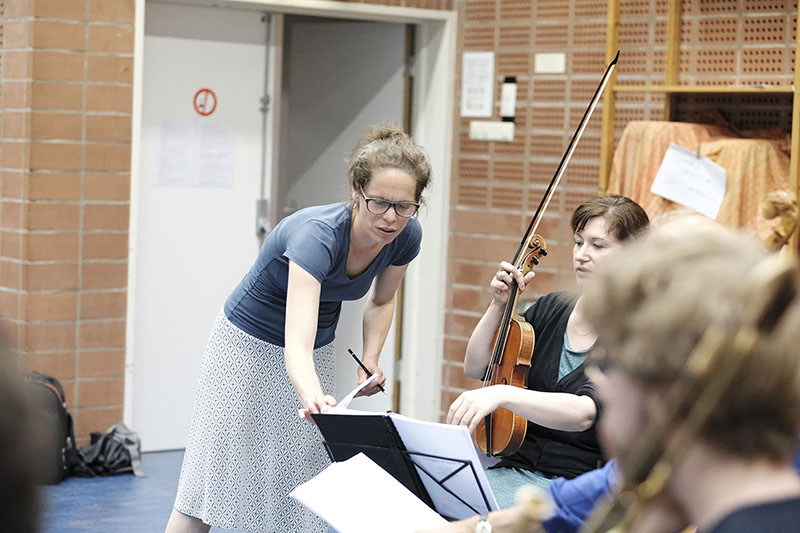 The current research is directly connected to that strategy of probing the past by means of a feeler that communicates through action and creation. A large opera project staging the man Claudio Monteverdi in his year 1607/08, is mixing informed practice and newly composed music in a re-enactment of major events during that year. Monteverdi’s texts are taken from his 127 extant letters, so the actor speaks his original words. In terms of embodiment this is a process similar to performance of music from period music notation. The meaning of the words is adapted to its context and function, such as the discussion with Giovanni Maria Artusi about the rules of good composing.

Other revived historical human beings are the most important singers of that year such as Francesco Rasi, Caterina Martinelli and Virginia Ramponi Andreini (primarily an actress). Biographical and other musicological information about these people is taken on board to (re-)construct their characters for theatrical purposes.
Another research angle in the total production is that of newly composed music as reflection of the discussions and developments at the end of the 16th and beginning of the 17th centuries. The use of period instruments dictates in that respect idiomatic relations, which ask for rethinking our approach of early music as a result of the ‘modern’ concepts. And the same counts of course for the influence of early music on the contemporary.
The intrinsic values of Monteverdi’s compositions are transferred to the present day and declamation or parlar cantando serves as a key to the whole play.
Shaping music from speech in the phase of creation and that of its performance presupposes a direct line to implicit knowledge.
Epistemological theories on tacit knowledge such as described by Michael Polanyi are thus guiding the studies of a process of focused embodiment. Discoveries in the tacit realm and knowledge are initiating a stream of information that feeds on the one hand the historically oriented performance, while coming from the present and the other way around. The common denominator at both sides of the historical gap is the ontological experience that is formatted by the functioning of the human body and mind. Aesthetical phenomena are thus recognized in a tacit understanding and leading to an open approach of reshaping the music of the past. In the end this is the only way to avoid illusions and the associated discussions about historical truthfulness.